This post follows on nicely from a previous one on the positive aspects of ADHD, and it is great to see that this area is receiving more attention. Research in this area is definitely sparse.

Throughout my PhD, I have been keen to conduct research that will be of benefit to those with ADHD, and I believe that finding different ways to look at and frame ADHD speaks to this. Yes, ADHD is associated with functional impairment in many aspects of life and poses a serious problem and difficulty for individuals, such as educational 1,2 and occupational problems 3–6, but I believe that there are also positives to ADHD. Recently our research group interviewed 6 adults with ADHD to try and understand more about the positive aspects of their ADHD, with reports of strengths and flourishing. Perhaps also appreciating and acknowledging the positive elements of ADHD traits could help reduce the stigma attached to mental health disorders.

In relation to occupational functioning, individuals with high levels of ADHD symptoms may excel in the workplace if they are in jobs that take advantage of some of the characteristic features of ADHD, such as the ability to hyper-focus on highly salient tasks or high levels of energy. It may be that individuals with ADHD or high traits of ADHD choose a specific type of job and career that is more suited to their ADHD symptoms. It is highly conceivable that creative professions would be appropriate, and an association between ADHD and creativity has also been described in the literature 7,8 (see Dr Martine Hoogman’s post ‘Is there a positive side to ADHD?’ for information about the association).

Such creativity could stem from the spontaneous generation of internal thoughts, also known as mind wandering, which is when our attention drifts away from our current external environment to internal thoughts and feelings that are unrelated to the current environment. This is something that we can all relate to (whether we have high traits of ADHD or not) – I know I can!! However, it seems that excessive and uncontrolled mind wandering is commonly experienced by adults with ADHD, and they often report symptoms that are very clearly descriptions of mind wandering.

My supervisor Philip Asherson is also a clinician and was noticing more and more that his patients with ADHD were using descriptions of mind wandering to characterise their symptom experience. This led to our research group looking more closely at this phenomenon and developing a new rating scale measure of excessive mind wandering; the Mind Excessively Wandering Scale (MEWS). Using this scale we found that excessive and uncontrolled mind wandering appears to be a common co-occurring feature of adult ADHD that has specific implications for the impairment experienced by individuals in their daily lives 9.

Currently, ADHD is characterised almost entirely at the behavioural level by reports of observed behaviours, but exploring mind wandering in ADHD encompasses a new way of thinking about the psychopathology based on mental phenomena rather than observable behavior. Also, if individuals experiencing ADHD symptoms find it easier to describe these subjective, internal experiences, and if these symptoms also separate those with and without ADHD then it is important to explore these alternative ways of evaluating symptoms. We are not saying get rid of current measures used to diagnose ADHD, but the MEWS could definitely complement these measures and may be more accessible for individuals. After all, the scale is based on actual patient reports of their experience. 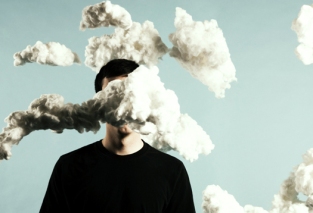 We believe that excessive mind wandering has specific relevance for many outcomes associated with ADHD. However, we do not feel that it should only be viewed as having negative implications. It may confer functional benefit in some circumstances, and an association between mind wandering and creativity has also been described 10. This has led us to believe that it is important to enhance our knowledge and understanding of the role of mind wandering in the long term outcomes of ADHD. The area of mind wandering in ADHD also provides an opportunity to understand more about the positive aspects.

We decided to create an online survey that would help us understand more about how mind wandering and ADHD traits are associated, both the positive and negative aspects. More specifically, we want to learn more about how educational and occupational outcomes, as well as creativity, relate to mind wandering and other ADHD traits. We are collecting responses from both the general population (as ADHD traits are believed to lie on a continuum and are present in everyone to varying extents) and from individuals with a clinical diagnosis of ADHD.

Anyone over 16 years can complete our online survey.

To read the Information Sheet and complete the survey, go to:

As an aside – but very related to this area – I believe it is important to acknowledge that ADHD traits were undoubtedly of benefit in our evolutionary past. For example, traits of risk taking, novelty seeking, and impulsivity were likely to be indicators of success back in the days of hunter gatherers. Yet, now we often view them as detrimental behaviours which I think speaks to current societal norms. The nature of our current culture and society is in many ways becoming more constrained. To give an example, the structure of the current education system, including the formal setting of the classroom and increased standardised testing, is not going to suit everyone and is likely to highlight and emphasise inattentive and hyperactive or impulsive traits which previously would not have been seen as so problematic.

Also, in schools the tendency is to not place as much emphasis on ‘creative’ subjects and professions as we do on ‘academic’ (in the narrow sense) subjects which can lead those who flourish in these areas feeling marginalised. Such subjects as art and sport are undoubtedly important and if individuals’ strengths lie within these domains this should be fostered and not discouraged or seen as less of an achievement. Especially if it enables those who may be functionally impaired due to a mental health condition experience reduced impairment and increased well-being.

Perhaps we can frame ADHD differently, not only viewing it as negative disorder associated with impairment, but recognising that is can also bring about positive traits such as creativity. It is important to understand more about the potential positive characteristics of ADHD and how individuals may use their symptoms to their advantage in some contexts. Our world would certainly be a very different place without the creative professions – artists, sportspeople, and musicians are an integral part of our society and everyone’s’ lives! (not to say they all have ADHD, but many do or have high ADHD traits).

Please feel free to share the survey with others, and tweeting would be greatly appreciated!!