ADHD is classified as a neurodevelopmental disorder. This implies that ADHD starts during childhood and may, or may not, last into adulthood. According to this definition, a diagnosis of ADHD in adults requires two separate criteria to be satisfied: (i) Present diagnostic criteria must be fulfilled and (ii) ADHD symptoms must have started during childhood (before 7 years of age in DSM-IV and 12 years in DSM-5).

It’s relatively easy to evaluate present symptoms and differential diagnoses and to make a clinical decision. However, the second requirement has generated much headache and frustration. Is it really possible to evaluate childhood symptoms in a typical 40 year old patient, decades after the person left school and with limited documentation from family and peers?

Some argue that the criteria of childhood symptoms of ADHD are not satisfied unless there is a well-documented record of child developmental problems. Others put more faith in personal (subjective) recollection of childhood memories. These diverging views have culminated in an intense and heated debate about the possible existence of adult-onset ADHD and whether age-of-onset criteria are meaningful in clinical management of ADHD (1).

We all know from experience that memories tend to fade. Memories cannot be trusted. Research has shown that memories can be systematically biased and manipulated in many ways. Experimental psychology has provided a long list of well documented examples of memory bias, including mood congruent memory bias, consistency bias, positivity effect when older people favor positive over negative information in their memories, suggestibility bias when ideas suggested by the clinician are mistaken for true memories etc. (2). All of these effects and many more are well documented in forensic psychology and popular press and are experienced in routine clinical practise.

To investigate these factors, Lundervold and coworkers recently examined the test–retest reliability of the WURS in 85 adults with ADHD and 189 controls. They found that WURS scores were relatively stable over a time-span of seven years, but also that the scores were strongly influenced by present ADHD symptom severity, as well as other concurrent psychiatric disorders (4).

Based on these observations, the authors conclude that the WURS may be valuable in diagnostic assessments of ADHD, but that clinicians need to be cautious in the interpretation of the results. We all need to be aware of the many factors that can distort recollection of childhood memories. This study also demonstrates how difficult it is to strictly apply the age of onset criteria in adult psychiatric clinical settings. 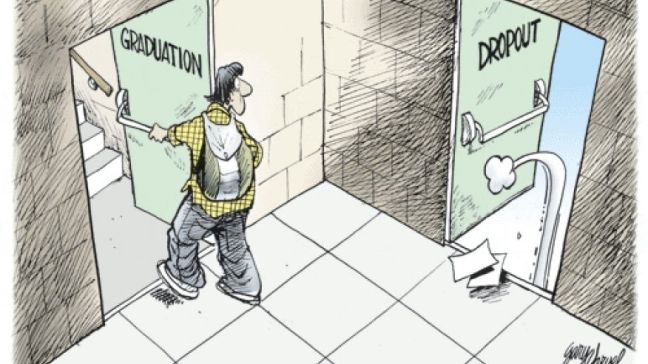 Patient involvement is essential in health care, as well as in medical research.

For this purpose, our research group at the University of Bergen is collaborating with a board of ADHD patient representatives. The panel is committed to provide suggestions for future research topics and feedback on our work. During a recent meeting, panel members were asked what they considered the most urgent (research) needs in this field.

Much to our surprise, all four panel members expressed almost univocal messages: “You must fix the school system”. “There is too little knowledge about ADHD among teachers”. “Schools either ignore our problems, or offer too little assistance, too late “.

Perhaps these complaints shouldn’t be that surprising? After all, ADHD symptoms typically appear in school settings. Whether an ADHD condition is formally diagnosed during childhood, or the diagnosis is made retrospectively in adults, most people with an ADHD diagnosis will tell that they had negative experiences during school and many also suffered from academic failure.

The connection between learning difficulties, ADHD symptoms and dropping out of school are obvious also in genetic studies. In fact, this connection inspired us to perform a molecular genetic study, where large scale data collected about the genetics of educational attainment (EA) was coupled to a genome wide association (GWA) studies on ADHD genetics. Taking advantage of this connection, this design was able to boost the statistical power of the ADHD GWA study.

From this study, we have learned: (1) the importance of patients and society being engaged our work, (2) that there is a strong connection between ADHD and failed educational attainment and (3) that this connection can be used to find ADHD susceptibility genes.

Finally , as our patients have explained; this is not only about persons with ADHD failing at school, but also about a school system failing to adapt their teaching to persons with ADHD-related problems. This is obviously also a field in need of future research and interventions.

Jan Haavik is professor at the department of Biomedicine of the University of Bergen in Norway. He is involved in the CoCA and Aggressotype projects.

There is a well-documented relationship between dietary factors, health and human behavior. Severe malnutrition produces neurological and psychiatric symptoms. It is also assumed that dietary factors play a role in common mental disorders, such as ADHD, but this is less established and more difficult to investigate. A few studies have documented a beneficial effect of dietary interventions and vitamin supplements in ADHD in children and adults.

To examine the nutritional status in ADHD, Landaas et al. recently compared blood vitamin levels in 133 adult ADHD patients and 131 healthy controls. In the ADHD group there was a clear overrepresentation in the group with low levels of vitamins B2, B6 and B9.

It is yet unclear whether these vitamin levels are associated with ADHD symptoms, or whether they are the result of altered dietary intake or metabolism in ADHD patients. However, it is possible that the differences reflect dietary habits that are different in a subgroup of ADHD patients and controls. Dietary habits are established early during life and may last into adulthood. It is possible that suboptimal dietary habits may precipitate, exacerbate or maintain symptoms of ADHD. More research in larger samples is obviously needed to clarify these issues.

However, in addition to these well documented co-occurring problems , other conditions have also been reported to be associated with ADHD. For clinicians and researchers alike, it’s important to be aware of such connections.

In a recent systematic review, Instanes and coworkers attempted to identify and evaluate the scientific evidence published during the past 20 years, connecting adult ADHD with any somatic condition.

Starting from >4000 articles, the authors identified 126 studies that were subjected to further scrutiny. Although many potentially important comorbid conditions were reported, the authors concluded that most of the studies were “small and of modest quality”.

Importantly, many studies suffered from methodological shortcomings, such as using “convenience samples”, where ADHD cases and controls were not adequately matched. Other studies used non-standard diagnostic criteria or protocols, making it difficult to compare date across sites.

Given the importance of this problem, more data is obviously needed. More care should also be given to the design of such studies. In particular, Instanes et al. recommend the use of population based registry studies and common diagnostic protocols to estimate the rates of comorbidity.

CoCA aims to make a major contribution to our understanding of ADHD comorbidities, not only by generating more data, but also by providing more reliable and clinically relevant information.

Comorbidity, defined as the simultaneous occurrence of more than one disorder in a single patient, is commonplace in psychiatry and somatic medicine. In research, as well as in routine clinical settings.

In March 2016 the new H2020 collaborative project “CoCA” (Comorbidity in adult ADHD) was officially launched, with a 3-day kick-off meeting in Frankfurt, Germany. This ambitious project, which is coordinated by professor Andreas Reif and is co-maintaining this shared blog, will investigate multiple aspects of comorbidity in ADHD.

For instance, CoCA will “identify and validate mechanisms common to the most frequent psychiatric conditions, specifically ADHD, mood and anxiety disorders, and substance use disorders (SUD), as well as a highly prevalent somatic disorder, i.e. obesity”.

As reflected in this bold mission, most scientists trained in the biological sciences agree that studies of overlapping and concurrent phenomena may reveal some underlying common mechanisms, e.g. shared genetic or environmental risk factors.

However, particularly in psychiatry and psychology, the origins of comorbidity have been fiercely debated. Critics have argued that observed comorbidities are “artefacts” of the current diagnostic systems (Maj, Br J Psychiatry, 2005 186: 182–184).

This discussion relates to fundamental questions of how much of our scientific knowledge reflects an independent reality, or is merely a product of our own epistemological traditions. In psychiatry, the DSM and ICD classification systems have been accused of actively producing psychiatric phenomena, including artificial diagnoses and high comorbidity rates, rather than being “true” representations of underlying phenomena.  Thus, the “constructivist” tradition argues that diagnostic systems are projected onto the phenomena of psychiatry, while “realists” acknowledge the presence of an independent reality of psychiatric disorders.

In an attempt to explain these concepts and their implications, psychiatric diagnoses and terminology have been termed “systems of convenience”, rather than phenomena that can be shown to be true or false per se (van Loo and Romeijn, Theor Med Bioeth. 2015, 41-60). It remains to be seen whether such philosophical clarifications will advance the ongoing debate related to the nature of medical diagnoses and their co-occurrence.

CoCA will not resolve these controversies. Neither can we expect that our new data will convince proponents of such opposing perspectives.

It is important to acknowledge the imperfections and limitations of concepts and instruments used in (psychiatric) research.

However, it may provide some comfort that similar fundamental discussions have a long tradition in other scientific disciplines, such as physics and mathematics. Rather  than being portrayed as a weakness or peculiarity of psychiatric research, I consider that an active debate, with questioning and criticism is considered an essential part of a healthy scientific culture.

Hereby, you are invited to join this debate on this blog page!